If you appreciate what I do:

I have always written short stories for my eyes only but now I want to share my stories with others. I am inspired by life situations.

The stories are based on life situations, not true stories. I truly hope these stories open up a conversation with you and your family or friends. New short stories are published weekly.

I encourage you to subscribe, leave a reply and join my journey in sharing my thoughts to pen.

The rangers called him Amari. Even in aging, he holds himself with dignity. He is one of the original male lions brought to the protection of the private game reserve.

He and his pride traveled too close to a neighboring village making the people too uneasy. In fear for him, he was relocated within the reserve’s boundaries, where there was safety from the farmer’s wrath.

That was over eleven years ago. Now Amari watches over the savannah that belongs to him. This is where he has lived with his pride and sired many cubs with little to no worries of man.

In his day, he had outwitted many poacher traps and won many battles against intruding males. As an older lion, his battle days are just about over.

His face and body bare the scars of battles past. Even with his days numbered, he will keep protecting his pride and all his young until he takes his last breath.

There was a time when he was one of those young males collecting females from others. He fought and defeated many, killing their young and taking their lionesses with him building his own pride.

Over recent years the savannah’s temperature has continued to rise to make it difficult to hunt. Many of the herd populations, like the zebra and gazelle, have decreased. Their newborns were unable to make the trek across the dry and barren wilderness in search of water. They were leaving carcasses scattered for the scavengers.

Even his own pride suffered losses. Lionesses were unable to find prey to kill leaving them incapable of nourishing their cubs. The cubs become frail and die. As terrible as it may sound, the dead provide some nourishment for her and the others.

Many question the practice the rangers do. They do not interfere with the natural life cycle of any of the game animals found at their facility. In a case of a serious disease, they will administer the proper medication or dispose of those infected.

Is this fair? Some will argue no but without this protection, many would fall to the poacher’s snares or be needlessly killed as a trophy for someone’s wall.

This story was written so you can debate the pros and cons of games reserves versus living wild and free or in a zoo.

Animal populations around the world are in dire need. Every day another animal is added to the endangered list. Their habitats are being destroyed by man’s developments. Can we not come up with a solution?

Without help from humans, and responsible breeding programs, I believe many animals from around the world would completely disappear.

sired – verb: cause a pregnancy resulting in the birth

poacher – noun: one who kills or takes wild animals illegally

bare – adjective: a large amount or number of

days (are) numbered– idiom: used to say that someone or something will die, fail, or end soon

carcasses – noun: the dead body of an animal

dispose – verb: get rid of

snares – noun: a trap for catching birds or animals, typically one having a noose of wire or cord

supervision – noun: the action of watching something

Share your thoughts: wild and free versus under the protection of game reserves versus zoo life. 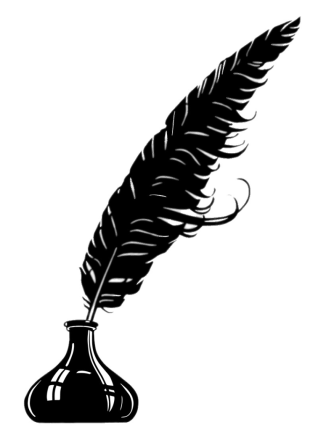 TO PEN WITH ANGEL